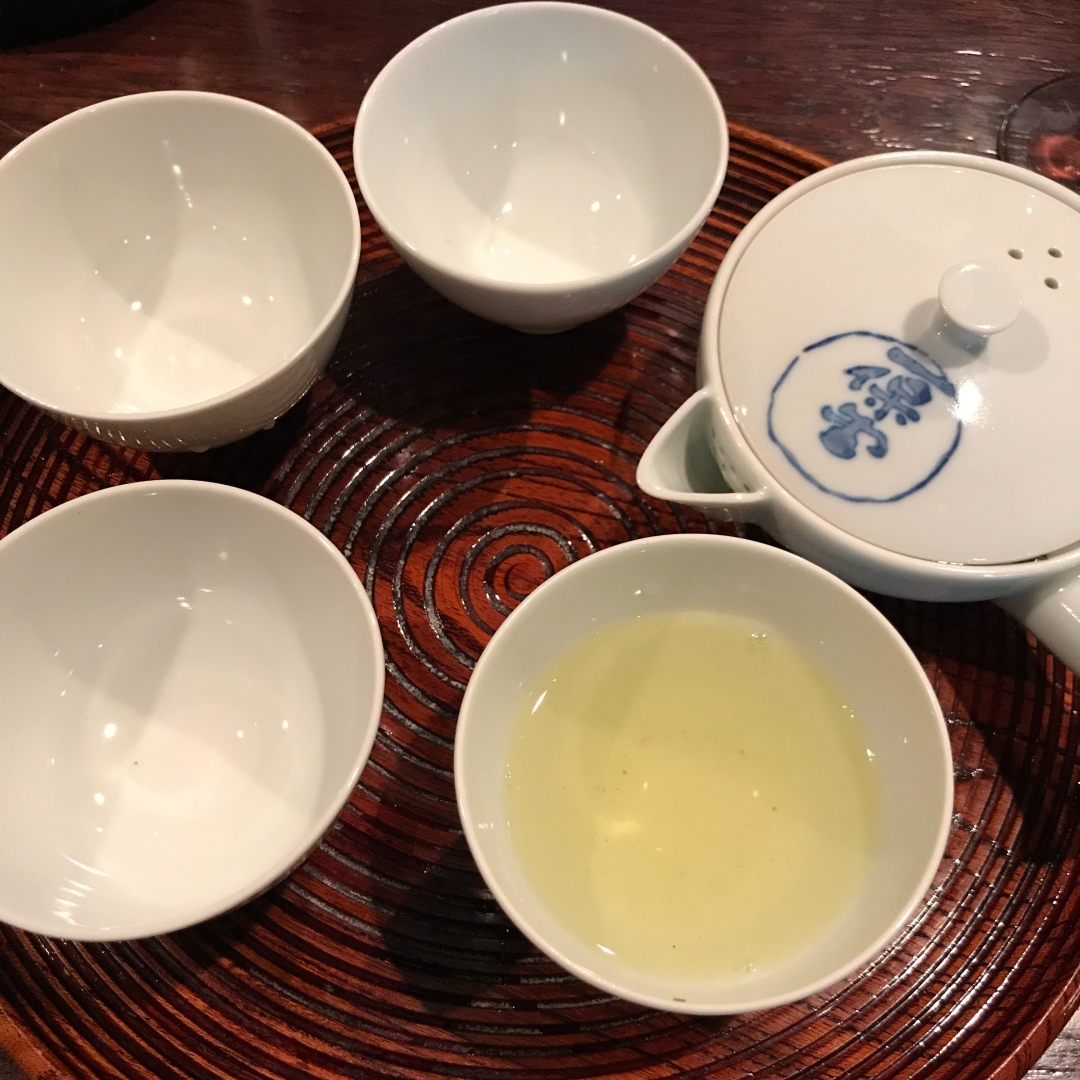 The Day I Fell in Love with Gyokuro 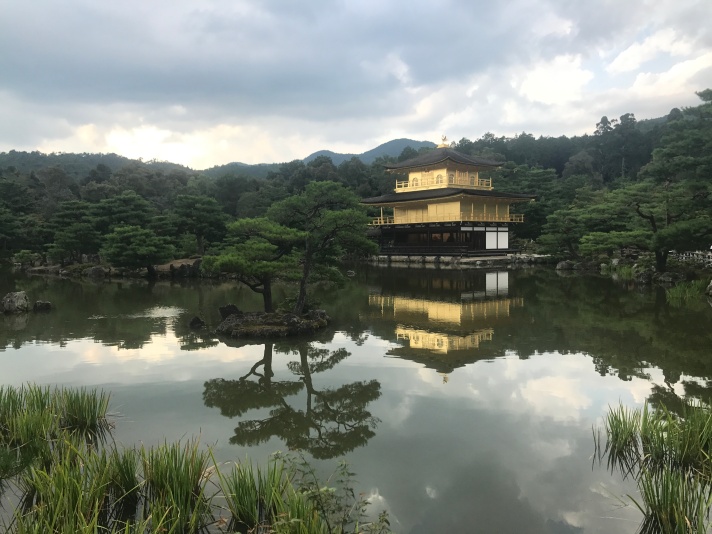 It was my 33rd birthday. I had arrived in Kyoto, Japan just the day before.

Some of the details of the day stand out more than others.

However, the single detail that rings the trues in my mind, is the moment I realized what umami was and henceforth the day I fell in love with Gyokuro.

I had located the Ippodo shop and tasting room just that morning.  I starred it on my map and had set out on my bicycle in search of a delicious cup of green tea to celebrate my day.

I parked my bike out in front of the Ippodo doors.  I walked inside and was greeted by several employees that worked in the retail part of the building.

I was directed towards the back of the room to a passage off to the right that lead into another adjacent room.

I was brought a cold washcloth/napkin to wash my hands (this was a custom which I grew very fond of in Japan). I was then given a menu.

“Oh well, its my birthday. It must be AMAZING,” I thought to my self. 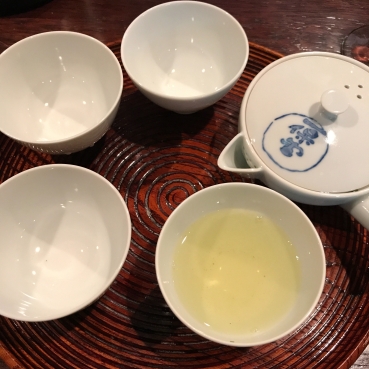 They brought me out the teaware: a “houhin” (the teapot, literally “treasure vessel”), and 4 tea cups. They also gave me 10 grams of the gyokuro and a pitcher of 100 degree (celsius) water.

The tea leaves smelled delicious!  I could not wait to start brewing it.

The woman that brought this out explained to me that I would take the 100 degree water and to pour it into a cup. From there I should pour it into the second cup and then into the third and then the fourth  She told me that every time I poured the water into a new cup it would loose approximately 10 degrees.  By the time it had reached the fourth cup it should be at the appropriate temp of 60 degrees.

She also said that I could use my hands to gauge the temperature of the water based on the feel of the cup in my hands.  If the cup was too hot, the water was too hot still.

Okay, I was ready to go!

I added the 10 grams of the gyokuro to my houhin.

I then poured a cup of water from the pitcher. I transferred it from the first cup to the second cup, to the third cup, and to the fourth cup.

It still felt a little hot (based on the cup in hand comfort rule of thumb), so I transferred it one more time before dumping it into the teapot.

I watched the clock. I was to wait 90 seconds.

I picked up the houhin and began to pour.

Surprisingly, not a lot of liquid came out.

(I would later determine this was normal and that the leaves had absorbed most of the water).

However, my cup was still about a third full with a bright green (I think it was bright green?!?) liquor…

Drop.. drop… drop… I knew that I needed to collect each and every drop; that these drops were some of the most flavorful.

I put the teapot down.

I picked up the tea cup, took a deep breath in and then out. What happened next was pure magical.

I pressed the cups to my lips and took a small sip. I let the liquor roll down my tongue towards the back of my throat.

“WOW!” I thought. I actually think I said that out loud. I may have even shed the smallest of tears. I’ll never admit it. 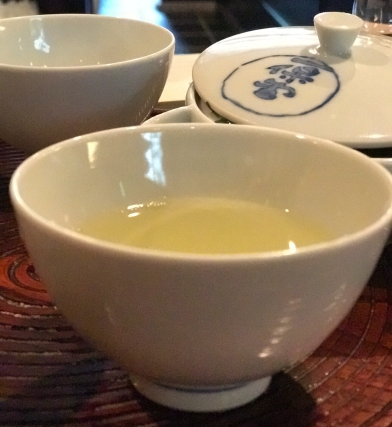 I had never tasted something so incredible.  It was in that moment that I fully understood what umami was.

I went in for another sip.

“Holy….” I said the second word only in my mind.

I was dumbfounded.  This was the best tea I had ever had.

I was in love.

I sat there for the next hour and a half steeping the leaves at least 5 times more in total.  I wanted to pull every drop of deliciousness from those leaves.

I found myself in a calm and mediative state once it was over.  I felt incredible. I was truly happy.

I will always remember that day as one of the best birthdays I ever had.

I fell hard that day… my world was forever changed.

3 thoughts on “The Day I Fell in Love with Gyokuro”