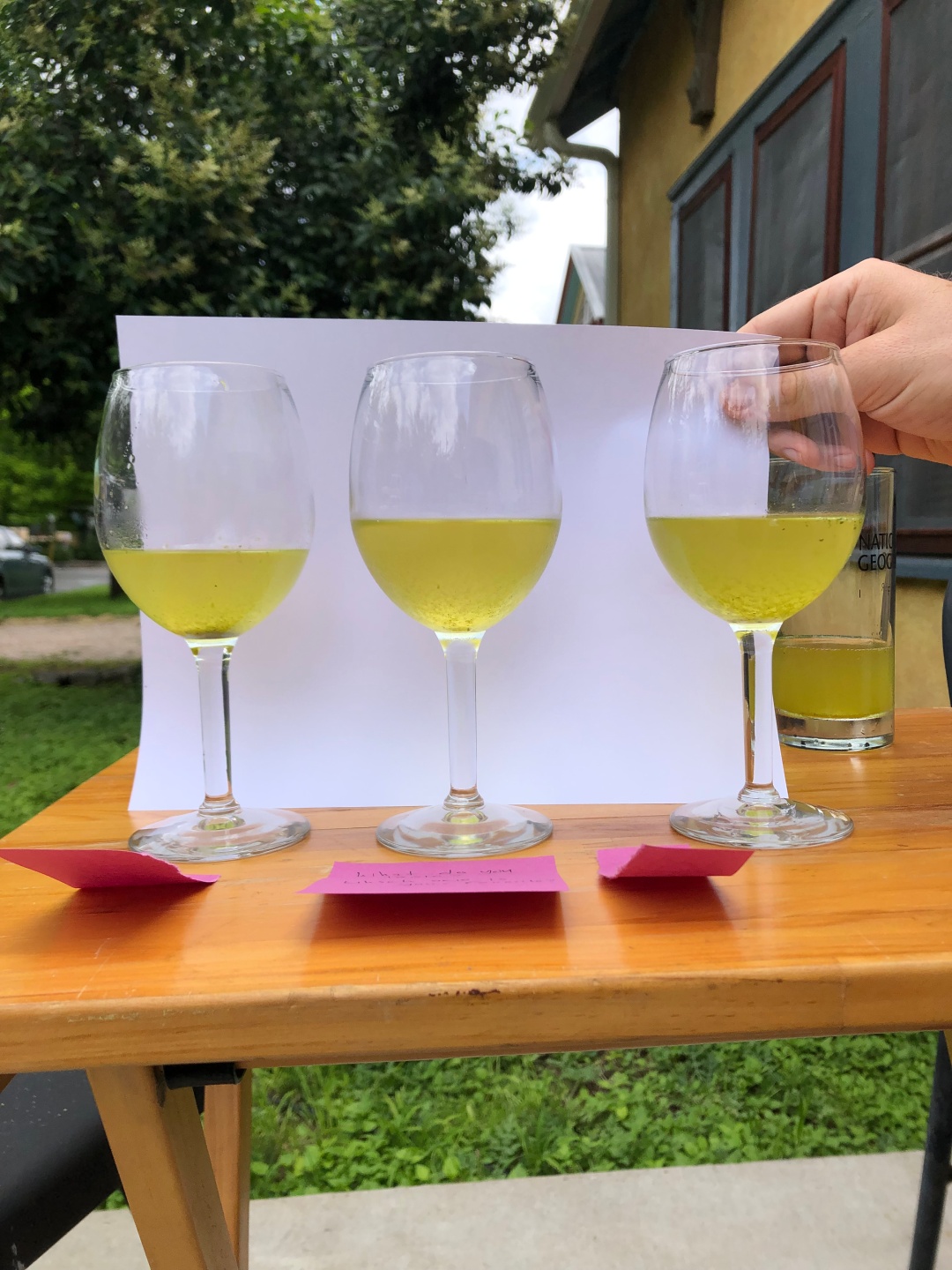 A friend came over to join me for tea this morning.

I had planned to make us a cold brew for the day. I felt it would pair nicely with the anticipated warm day in Austin.

At the last minute, I decided to I wanted to expand the scope of the cold brew and turn it into some experimentation. I had certain curiosities that I wanted to explore, and I felt a second opinion would make it even better.

So… up to this point, I have been using tap water in Austin.I have no real complaints.

There is a hint of chlorine present in the water, but the traces will dissipate when boiled. This helps.

Since being here, I felt that my teas have been okay; some better than others. Unfortunately, I haven’t felt they’ve been 100%.

I have used bottled water in sessions with friends, I have felt it offered a better tea.

Going into this, I had some basic expectations on what I though would occur… but what I was most excited about was hearing how my friend related to the teas.

I was excited at the lesson that I had hoped would be demonstrated: water matters in tea.

I decided to use 3 waters:

I turned the bottle over a few times gently to wet the leaves, and set it in the fridge.

*** Confession. I never really paid attention to the water hardness scores in the past. In looking for a water to pair with my Japanese teas, I went after a 6.8-7.2 pH — a number I had identified as good for Japanese teas. What I failed to pay attention to was the pounds per million (ppm) score. The higher the score, the harder the water. Japanese teas need soft water. 310 is absurdly high. Opps! ***

The tea that I used is a Japanese tea.  It is a special tea that I purchased from the producing farmer while visiting Shizuoka last Fall .

This tea is particularly interesting because it is a new type of tea to Japan (and ultimately the world.) The Japanese Tea Research Center have been developing this tea for the past 3-4 years.

They have set out to capture younger generations of tea drinkers in Japan.  Extensive research was conducted by the Center, and it was determined that the younger consumers wanted something with more floral aromatics. (Think lightly oxidized oolong… like Li Shan.)

(Personally, I do find subtle aromatics in Japanese tea,  but nothing like what I mean here.)

The researchers have been working on a new production process that would create a more aromatic tea while still staying true to the Japanese styling.

In my opinion, they have succeeded.

The way I think of this tea, it’s like taking the umami and brothiness of a gyokuro and combining the floral elements of a Baozhong oolong.

Approximately 10 hours later, I served it.

A was Evian (bottled)

B was Austin City Water (faucet)

I used wine glasses to serve the tea. I wanted to really call attention to the color and turbidity, while giving the aromas a place to gather in the nose of the glass.

A was cloudy, yellowish, green broth — it looked thick.

B was clear, but had a little sediment, yellowish, green — it looked thin.

C was cloudy, also a yellowish, green broth — we decided it was a little darker than A.

A was initially my favorite. I edited my ranking though.

As it the tea warmed up and I re-tasted it, I noticed an astringent bite on the finish — this bumped it down to two. My friend voted it 3 for her.

B was my friend’s favorite. It was number 3 for me.*

It was interesting (and an important lesson for me) that my friend chose the one I liked the least.

It is a reminder that there is no right answer in this scenario.  Everyone appreciates and tastes differently. A very important lesson.

C was originally number 2, but after revisiting, I decided it was the most rounded one (good and bad).  My friend voted it number 2.

By the end of it, the distinctions were clear. We were drinking three completely different teas.

(*bias.  I tried as hard as I could to eliminate my biases, but there is still possibility they existed on a subconscious level.)

+ noted a floral aftertaste, which I greatly enjoyed (added after the revisit)

C totally different than expected. More grassy. Not as smooth as A, astringent aftertaste. More brothy than B, artichoke.

Important  to mention: as the teas warmed up, the flavors changed. I did change my answer as the tea temps were increasing.

The experiment was a lot of fun.  My friend seemed to really enjoy it. As did I.

I expected certain things, but what I got wasn’t exactly that.

In a perfect world, I would take the start and middle of ‘A’ and mix it with the finish of ‘C‘.