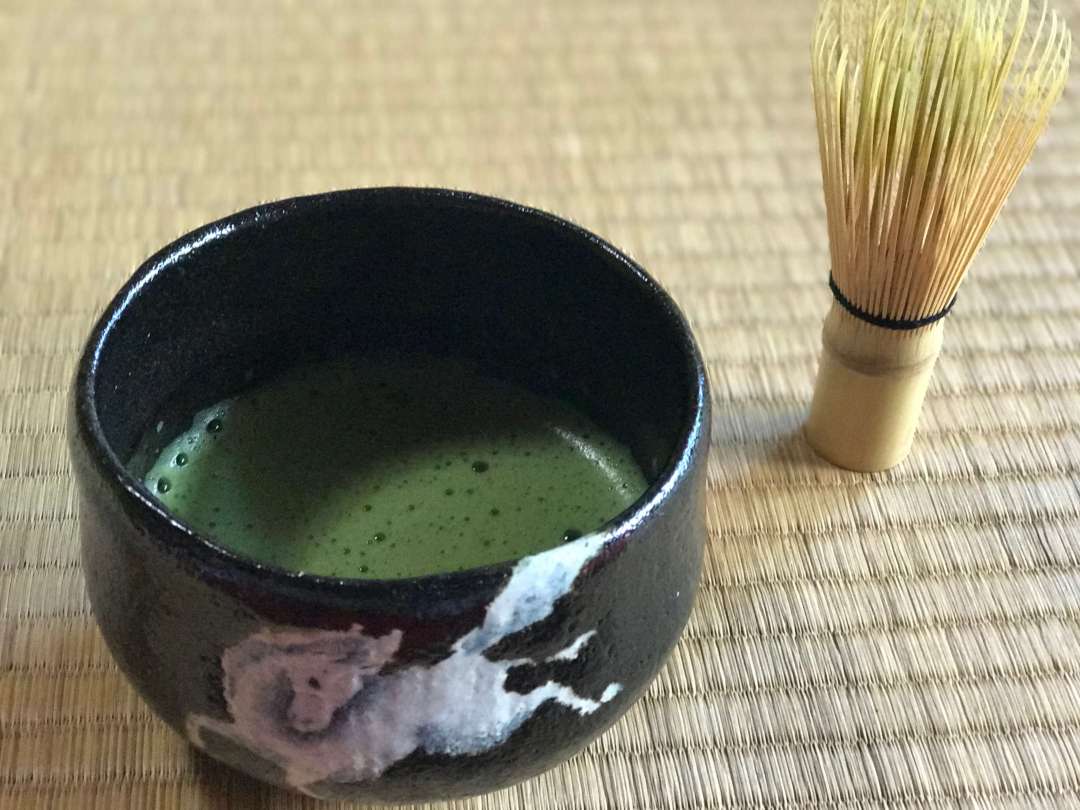 My First Taste of Matcha

About 3 years ago, I traveled to Japan for the first time. This was also my first time in Asia.

Earlier that year, I had completed a yearlong journey around the world which took me to a variety of foreign environments (20+ countries). So… I believed that I was mentally prepared for the unknown that awaited me ahead.

I remember the excitement and nervousness that I felt, as walked through the security doors of the airport. My Japanese journey was about to begin…

The sites, the sounds, the crowds of people, the complexity of the transit system, the sheer massiveness of the city, and the complete foreignness of language:

Fortunately, on the second night, I was invited to meet a local friend for a bowl of ramen and a walk around one of the busiest parts of Tokyo: Shibuya . This simple meetup with my friend reset my brain, calmed my nerves, and I immediately felt more comfortable.

I could do this!

After a few days of exploring Tokyo and getting more comfortable in the capital city, I decided to head to Kyoto. I had heard Kyoto had a calmer pace AND Kyoto was famous for tea!

I arrived in Kyoto without much incident after taking the Shinkansen (shi-n-ka-n-se-n or bullet train) from Tokyo.

One of the first things I wanted to experience while in Kyoto was a Tea Ceremony. I had heard about the experience and it sounded spectacular.

I goggled “Tea Ceremony” and looked over the options.

One in particular, Tea Ceremony Camellia, stood out to me.

They offered private tea ceremonies and because this was my first experience, I wanted it to be extra special. The cost was about 3x the cost of joining the group experience, but I was celebrating my birthday week after all…

I quickly arranged a date and time with the company via email.

The morning of the tea ceremony, I left my airbnb early because I wanted to walk to the location using my iPhone GPS as a guide.

Upon arriving at what I thought was the right place… I quickly realized that the GPS was wrong.

I couldn’t find the place anywhere!

I walked around for another 10 minutes, just trying to find the front door — Kyoto is full of little alleyways and side streets, so it was kind of like walking through a giant maze!

I was beginning to get frustrated, and I was now running late.

At that exact moment I noticed an older Japanese man walking down the street in front of me.

He was holding a large black umbrella that shielded him from the intense rays of the bright August sun.

The man looked over at me and smiled.

I was not sure if he spoke English, but he was smiling at me, so I proceeded to launch into an explanation: I was lost and needed help finding the Camellia Tea Ceremony house.

After about a minute of a back-and-forth exchange of words and hand gestures, he said something to me. I don’t remember the words, I think it was in Japanese, so it didn’t quite register. But what I do remember…

He gently took my arm in his hand and gestured forward with the other hand, as if to say “come, I will show you the way.”

Wow! That would be amazing, I thought.

I already felt incredibly indebted to the man, but what happened next touched my soul deeply…

We started walking, and at that point he shifted his umbrella away from covering his own head from the bright sun, to instead cover mine.

I didn’t know how to respond.

This stranger, that I just met less than 5 minutes ago, was showing me such kindness and compassion.

I looked into his smiling face and smiled back. I could only hope the smile on my face adequately expressed the deep gratitude that I felt inside.

We walked like that for another few minutes until we found the right place. The hostess had been waiting at the door.

I quickly leaned my head and neck forward & down in a bowing motion, repeating this several times. I wanted to express my deepest gratitude towards the man, as we said goodbye.

He bowed his head forward in return and smiled at me.

If you asked me when I first felt a deep connection with Japan: it was probably in that moment.

The home had several rooms, including a traditional tea room, as well as a lush private garden adjacent to the tea room.

I was invited inside by my hostess, where after a brief introduction she invited me to sit down.

She began by presenting me a sweet treat, or wagashi (wa-ga-shi,) and went on to explain what was going to happen next.

The matcha preparation and ceremonial part would be done in silence.

On the table in front of me, there was a reddish-brown wooden container with a beautifully carved lid.

She removed the lid and my eyes gazed upon a brilliantly vibrant green powder — a sight and color I had NEVER seen before.

This was ceremonial matcha.

We then moved into the tea room.

It was filled with steaming hot water.

The chagama was surrounded by all of the tools that she would be using to prepare the matcha.

I took my seat, and she began.

What I observed next was impressive…

… was meticulous and intentional.

It was one of the most beautiful things I had ever seen.

After a few minutes of ceremony and preparation, my bowl of matcha was ready.

She placed the black-earthen tea bowl, called a chawan (cha-wa-n), in front of me. It had a majestic-looking white horse painted on the front.

The combination of the brilliant green foam contrasted nicely against the dark-colored chawan.

She explained the proper way to hold the chawan — right hand on the side to support the sides of the bowl, with the left hand underneath.

I lifted the chawan with both hands and admired its beauty.

The white horse on the front was starting invitingly back at me, as if saying “drink of me and be renewed.“

I then rotated the chawan several turns in a clockwise direction.

(In the ceremony the drinker is presented the chawan with the most beautiful part of the bowl facing them — you do not drink from this spot.)

I lifted the chawan to my lips and drank the bowl’s contents in three sips.

The flavor was very rich, and it had a certain sweetness that wasn’t quite familiar to me.

And the texture of the foam on the surface coupled with the smooth and creaminess of the liquid underneath, well…

It was just perfect.

I placed the chawan back on the tatami mat in front of me.

I bowed to her, and she bowed to me.

It was then that she shared the Zen phrase mushin (mu-shi-n), with me.

She went on to explain that mushin basically meant “empty mind” where the mind was not filled with thought or emotion, and instead open to everything it experienced.

I felt this was a beautiful concept and so very fitting to this moment.

After all, one of the objectives of the Tea Ceremony was to clear my mind as I received (and enjoyed) the matcha, being fully open to the experience in front of me.

She then told me something that really captured my attention:

100s of years earlier, the Japanese Samurai would drink matcha prior to battle.

Really? I thought.  Why?

The reason the Samurai would drink matcha was two-fold:

1) to clear their minds of any distraction, in order to be fully present in the battle to come, and

2) to gain a calm-focused energy that the matcha tea powder provided.

You see, matcha has some powerful components beyond just caffeine… And it is exactly this that gave these warriors that calm-focused energy.

(What exactly do I mean?  Look for that in a future post…)

After a bit more discussion with my hostess, I thanked my her for the wonderful experience and hospitality, we said our goodbyes, and parted ways.

I remember walking away from that place with a feeling of total peace and tranquility.

I was energized, yet my mind was calm and very alert.

This was my first real taste of Ceremonial Matcha.

Would YOU like to try Ceremonial Matcha for yourself?

-> Click here to discover a Top Ceremonial Japanese Matcha from Tea by Chase.

About me: I am a lover of all things Japan, especially the tea, the people, the train system, and of course the ramen. After my fist visit in August 2017, I felt deeply that I had to return. Accordingly, I did return and spent half of 2018 living in Kyoto while learning about Japanese tea, working on a tea farm, exploring different tea regions, and meeting some incredible tea farmers and new friends. This has lead me to create Tea by Chase, so that I could share some of these wonderful teas with my community back in the US! I greatly look forward to my return to Japan in 2020.

Want future updates from Tea By Chase & Tea The World? Sign-up below.

Processing…
Success! You're on the list.
Whoops! There was an error and we couldn't process your subscription. Please reload the page and try again.